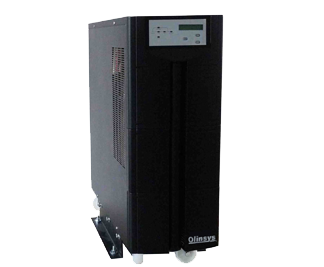 Fortunately, surge suppression is performed by passive components which are ready and able to carry out their intended function at any time. Batteries, the power source of the uninterruptible power supplies (UPSs) during a power outage, can fulfill their task only if they contain an adequate charge.

The size of the battery and its charging state determine how long your sensitive equipment, such as a PC or a server, can remain operational in a power outage.

Smaller batteries are preferable over larger ones for space, weight and cost reasons, but are they adequate for your application?

UPS designers have addressed this question and proper charge-maintenance and battery-life-expectancy issues in a number of ways. To fulfill the demands for broader but more compact surge protection, designers also have devised novel combined power, network and telecom line-protection equipment.

Batteries—The Power Source for Your UPS

Comparing physical dimensions of present UPSs and batteries with those used several years ago, a distinct decrease in size is discernible. The size reduction is a result of two factors: loads provide more computational power per watt consumed, and smaller batteries are being used.

"With batteries getting smaller and lighter, the UPS design is also getting smaller and lighter," said Ken Krause, national sales manager at Controlled Power. "This makes it easier to place UPSs in tight spaces, less obtrusive to the PC user. From a manufacturer’s perspective, the lighter weight makes the UPS simpler to package and less expensive to ship, which reduces the cost of the UPS.

"On the other hand, the smaller batteries affect UPS performance," Mr. Krause continued. "If smaller batteries must provide the needed power, they must support rapid discharge. This means that all stored energy may be dissipated in a short time, significantly reducing the run time of the UPS in the event of an outage."

How long can a battery provide a certain amount of power? This is a key question that must be answered before UPSs or batteries are selected.

Most off-line and line-interactive UPSs contain voltage regulator circuitry that accepts undervoltage or overvoltage conditions at its input and provides a constant voltage at its output. When the line voltage drops below the limit the regulator can handle, the UPS switches to its battery-powered operating mode. For information on topologies and operating principles of UPS, see References 1 and 2.

Power outages often are preceded by a sagging line voltage or extended brownouts. If the regulator can tolerate only a minimal decrease in line voltage, the UPS may switch to battery power prematurely and use up the stored battery charge before the actual outage occurs—obviously an undesirable situation.

Some UPSs include special circuitry to extend the acceptable input voltage range. DELTEC, for instance, uses a buck and double-boost voltage regulator that corrects for input voltage variations from as low as -35% to as high as +20% of nominal voltage. Controlled Power has a Fuzzy Ranging™ control system that accepts voltages from -40% to +10% of nominal before switching to the battery. The range you need depends on your local power-utility

Most UPSs keep their batteries charged by applying a trickle charge. In this process, the battery is connecting to a constant voltage source via a current limiting resistor.

After a power outage has occurred, the battery is partially or fully discharged. Since additional outages may occur, it is desirable to recharge the battery as quickly as possible. In this case, trickle charging is not appropriate since it would be too time- consuming. To replenish the charge quickly, a relatively high constant current is applied.
v The more current that is forced into the battery, the faster it will be fully charged—unless it becomes damaged in the process. Clearly, a balance between desired recharging time and non-life-shortening current levels must be struck.

Battery life may also be adversely affected by excessive trickle-current levels or charging time. To address these issues, several manufacturers are carefully programming all battery-charging functions.
v For instance, a patented three-stage battery-charging technique employed by DELTEC applies a moderate-level constant-current charge for three hours, followed by a constant-voltage trickle charge for up to 48 hours. When the battery is fully charged, all charging is discontinued.

All batteries will eventually fail. To ensure that backup power is available when needed, UPS users require advance warning when batteries approach the end of their useful life. To provide this information, most UPSs are designed to perform regularly scheduled battery-quality checks, some with a higher predictive success rate than others.

Several UPS manufacturers combine charge-management, failure-prediction and available-run time reporting circuitry. These functions may reside in the UPS or be located at the battery. The APC SmartCell and SmartCellXR batteries, for instance, contain a small microprocessor which reports if battery charge is low and whether a battery can accept or hold a charge.

The Expanded Role of Surge Suppressors

While the prime function of the UPS is data-loss prevention, surge suppressors prevent equipment damage, potentially caused by lightning or other transient events. While peripheral equipment, such as printers, scanners or powered sound systems connected to your computer, do not need to be fed from a UPS, they certainly should be protected from transients through the use of surge-suppressing equipment.

Most UPSs contain built-in surge-suppression circuitry to protect your equipment from transient events occurring on your power lines. But this alone may be inadequate, and transients on network and telephone lines can also inflict serious damage.

Serial RS-232 interface ports are particularly susceptible to transient-related damage, since they use the computer chassis ground as a signal return. APC recommends that you protect both ends of a serial RS-232 cable if it is longer than 5’ and protect every 9-pin or 25-pin port of your computer, modem, printer or plotter. Also each network interface card should be protected, since network interconnections can be especially vulnerable if cable shields are inadvertently grounded at each end.

Communications line surge suppressors, with and without EMI/RFI protection features, are now available from many UPS suppliers. To provide the utmost in compactness and assure single-point grounding, several companies have introduced all-inclusive protection units for PCs and workstations.